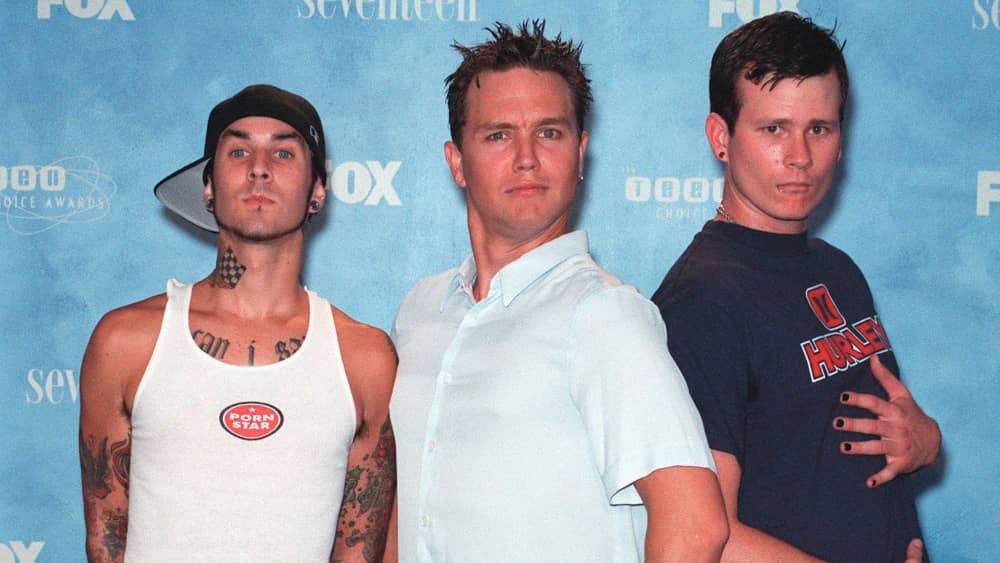 Tom DeLonge will rejoin Travis Barker and Mark Hoppus as Blink-182 for the first time since 2015 for a new international tour. Serving as support on the international tour will be Turnstile in North America, Rise Against in Australia, The Story So Far in United Kingdom & Europe and Wallows in Latin America.

DeLonge and Hoppus founded Blink-182 in 1992, and Barker joined as drummer in 1998. The band went on hiatus in 2005 but reunited for a reunion tour and new music in 2009. DeLonge officially left the band in 2015. In 2021, Hoppus revealed he had been diagnosed with cancer, and he, Barker and DeLonge had been meeting after his diagnosis, leading many fans to speculate about a reunion. Hoppus is now cancer-free.

The tour announcement includes multiple festival appearances in Latin America and the US, such as Lollapalooza alongside co-headliners Billie Eilish & Drake, and the 2023 edition of We Were Young with Green Day and more.

The band is also dropping a new song on Friday, titled “Edging,” which marks the first time the trio has released new music together in a decade.