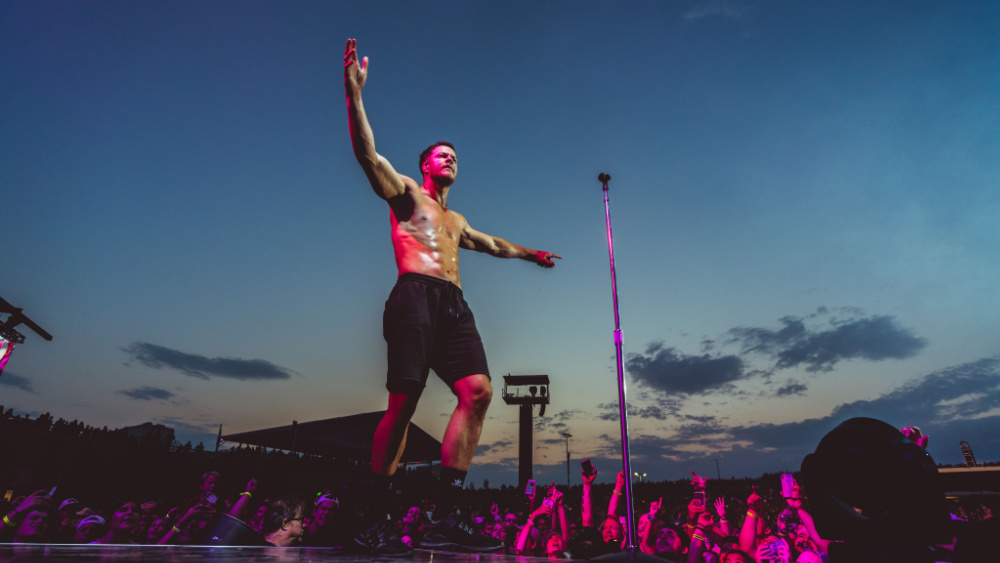 Imagine Dragons are sharing a ‘Halloween’ themed video for the remix of their single “Bones”, from German electronic group Twocolors. The new black and white visual for the Bones remix pays homage to Michael Jackson’s “Thriller” video.

Lead singer Dan Reynolds said in a statement about the original Thriller video:  “I’ve always loved that ‘Thriller’ was both scary and playful. I didn’t know as a kid if I wanted to watch it again or not for fear of the ensuing nightmares, but I always came back for more with my eyes half-closed. The idea of punishing Wall Street with a zombie infection felt like an enjoyable time. And it was.”

Regarding the song ‘Bones,’ Reynolds says: “‘Bones’ is a reflection of my constant obsession with the finality and fragility of life. I’m alway in search of some evidence that will convince me that there is more to come — that life is truly eternal in some sense. Having yet to find that, I try to at least dream of what conquering death would feel like in a song.”

Watch the video for the new “Bones” remix – here.